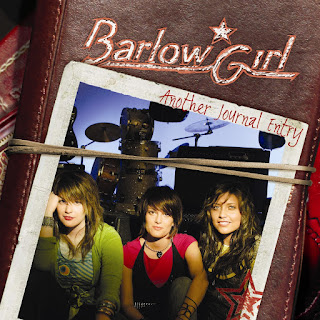 Barlow Girl is music by Christian chicks, for Christian chicks. It's my wife's CD and it probably won't surprise you at all to say it's not really my thing. It's not bad per se, just unremarkable. They have a few songs which are full on power pop and are really fun ("Grey" "No One Like You") I also like the moody album closer "Never Alone." The rest of the album pretty much stays in that radio friendly Christian pop genre. I must also mention that Todd Agnew does some guest vocals on track seven. They're awful. His low gravelly voice does NOT fit with those girls at all! It's like they invited a bunch of drunk Klingons fresh off the battlefield to do some backing vox. It's almost funny.

Useless Fact: The version I have came with a second disc with a bunch of crappy forgettable Christian bands on it. I guess it was a Target exclusive.
Posted by The Old Man at 9:08 AM