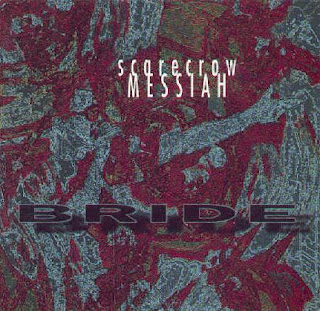 I think this marks the beginning of the end of my affection for Bride. I suppose this is an okay follow-up to Snakes. I mean it retains that trademark sound and some of the songs sound like they could have been extra tracks on that disc ("Beast" "Scarecrow"). But I don't know... it almost sounds like they're bored. As if Star Song said, "Hey, make another Snakes!" and the band rolled their eyes in frustration, pulled down their pants, and crapped out this mediocre collection. After this Bride would change with just about every album - each one being suckier and more laughable than the last.

Useless Fact: I think Dale's son wrote the lyrics to "DadMom." Um... I'm not sure that was a great idea, but who am I kidding? If my daughter came to me with lyrics they would be on my album post-haste.
Posted by The Old Man at 10:34 AM