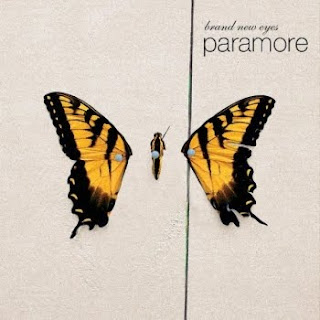 Some people probably think Paramore is nothing but fluffy teenage girl music. Well... in some sense it is, but I don't care. Now that they've discovered how to write a hook they've fast become one of my favorite bands. I can't think of one clunker on this disc and that is quite a feat! Songs like the album opener and the first single, "Ignorance" don't stray too far from the power-pop formula the band perfected on Riot! However, there are some surprises here like the ballads, "The Only Exception" a quiet, acoustic love song and "Misguided Ghosts." The latter is a soft, melodic ballad that almost reminds me of The Sundays or Sixpence None the Richer. I think it's quite possibly one of the most beautiful songs they've recorded. Haley's voice shows a lot of range, tackling that particular song with an unexpected sweetness while effortlessly transitioning into a rock grrl -belting out the chorus of "All I Wanted" like she was Ann Wilson from Heart. I really hope these guys stay around awhile because they've got a lot of potential. And unlike Avril Lavigne (the person to whom they're often compared), I have no doubt that the band's song-writing will only get better with age.

Useless Fact: Apparently Haley's fashion is all the rage. There are websites out there that are wholly devoted to Haley wears. One of these websites is in my wife's "favorites." I hope she doesn't plan on dressing our impending baby girl in skinny jeans.
Posted by The Old Man at 11:27 AM